We are really looking forward to being involved with the BrightLights festival this summer. Our team has played at BrightLights before, of course, But this years’s different and extra special. Here’s why… 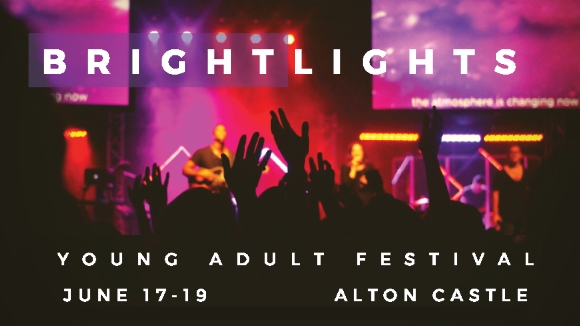 If you’ve been following our ministry from the very beginning, you’ll probably remember the Emmaus Festival. In 1996 we launched CJM MUSIC and spent much of that first year planning a youth festival to be held in the grounds of the newly renovated and opened Alton Castle Retreat Centre.

Emmaus had everything you’d expect at a youth festival – great bands, games, stalls, Mass… and camping!! The location meant you could also tag on a visit to Alton Towers the following day if you wanted to. The only drawback was that we’d NEVER organised a festival before and we were also in the process of recording and releasing our first CD and music book. We were young, enthusiastic and maybe just a little bit crazy.

It was a fabulous event, and even though we’d had to forgo sleep for a week to make it happen, we were encouraged enough to try it again the following year. It was brilliant! Bigger, better and nearly killed us.  After that, we reluctantly conceded that planning festivals just wasn’t our thing. 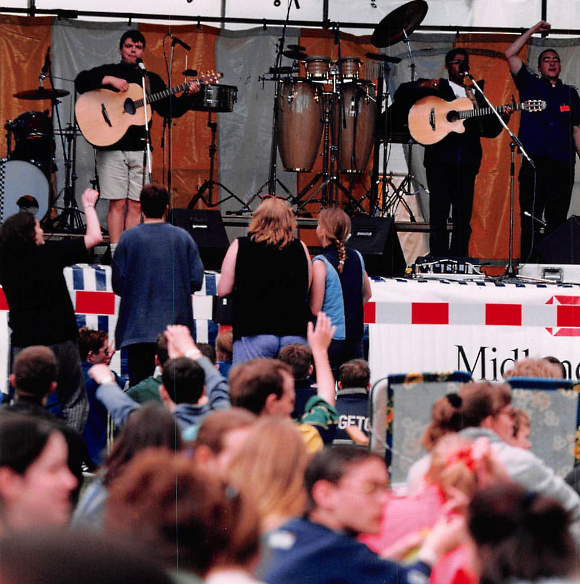 Well, around that same time, the BrightLights Festival was being birthed in the Westminister Diocese at the SPEC Centre. Unlike the Emmaus Festival, BrightLights continued to go from strength to strength over the past two decades, becoming more of an inter-diocesan venture and relocating to the grounds of Aylesford Priory in Kent.

In a twist of circumstances that we are certain God has a hand in, this year the BrightLights Festival – in its twentieth year – is relocated to Alton Castle, which is also in twentieth year.  It seems somehow fitting that we should be having a three-way, joint twentieth birthday celebration in a way that so profoundly echoes our sleep-deprived beginnings. We have come full circle.

This time – mercifully – we aren’t planning the WHOLE festival. We are sticking to what we do best and leading music for a few of the liturgies throughout the weekend, culminating in a special twentieth anniversary Mass.  We’ll be there alongside our friends from One Hope Project as well as many other bands and workshop leaders.

It’s going to be a wonderful couple of days and we hope to see you there as we bask in the bright but gentle light of God’s mercy together and give thanks for twenty amazing years of ministry.

You can click here to book festival tickets online.