When Jo Boyce and Mike Stanley met more than twenty years ago, Mike was a member of the popular Birmingham-based Irish folk band, Drowsy Maggie. A few years later he went on to form his own Irish band called Shenanigans, alongside his wife, Yvonne. 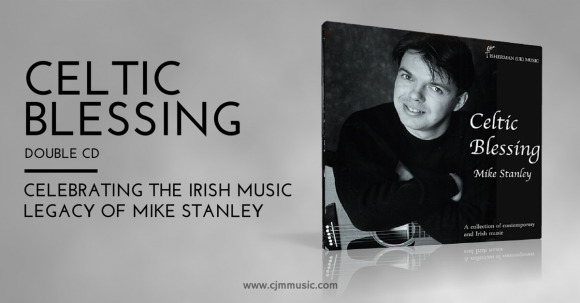 As our CJM music ministry diary got busier and took us further and further afield, the responsibilities of also having a young family, meant Mike was seen less frequently of the Irish gig circuit. But the folk music scene remained close to his heart and had a powerful influence on his liturgical song-writing (and his ability to play as many instruments as he could get his hands on).

Mike would often express his frustration at how well people sang along to the Irish tunes on a Saturday night, yet how silent they would be in church on the Sunday morning.  It inspired him to write the beautiful text Song to the Trinity and set it to the traditional Irish air “Buchal an Eire”.

On Saturday 7th March well-known Irish bands from across the Midlands will perform a sell-out concert at the Lichfield Garrick, in tribute to the late Mike Stanley.

The concert, will also mark Fisherman Music’s release of Celtic Blessing – a double CD compilation of original and traditional Irish songs performed and recorded by Mike over the years. Tracks include original compositions My Life is in the Song and Talking About Ireland alongside well-loved classics like Danny Boy and Green Fields of France.

For those who knew Mike on stage with Drowsy Maggie and Shenanigans, this special double CD will evoke many wonderful memories.