A new Mass setting – Mass of St Bernadette – using the text as set in the revised translation of the Roman Missal, was written in 2009 especially for the Archdiocese of Birmingham’s annual pilgrimage to Lourdes. The pastoral theme that year was The Path of Bernadette, hence the title of the setting. 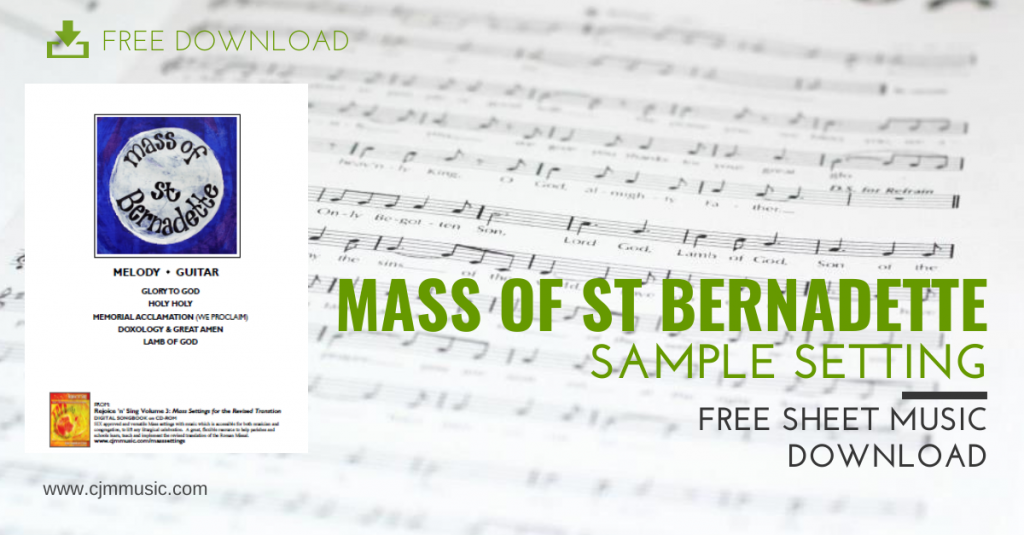 As has been the custom in recent years, the music for the pilgrimage liturgies was led by Jo Boyce, Mike Stanley and Andrew Ross from CJM MUSIC, alongside a team of able volunteers. This new setting proved extremely successful during that week of pilgrimage and has also proven popular in the training, INSET and workshop sessions we have done in the past year or so, helping schools and parishes prepare for the implementation of the new translation of the Mass.

It’s officially published: It’s been approved through the Bishops’ Conference panel and has been released, along with 5 other new settings, in “Rejoice n Sing Volume 3 – Musical Settings for the Revised Mass Translation“.  Also available on CD. These settings are also available now as a Virtual Songbook, which you can read more about here.

Meanwhile, here’s a sneak preview so you can try it yourself and let us know how it goes.


MASS OF ST BERNADETTE [listen below]