After almost 20 years as one half of the Boyce & Stanley singing, song-writing music ministry duo, Jo Boyce finds herself in the recording studio working on a début solo project. 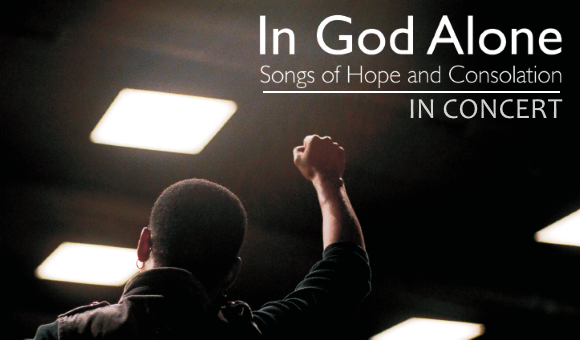 Since Mike Stanley’s death in 2013, we’ve focussed on the wonderful songs he wrote and recorded during his two and a half years undergoing treatment for bowel cancer. It was a way to keep his music and his legacy alive, and to feel him still closely connected to our ongoing work and ministry.

We knew that the day would come when Jo Boyce would venture back into the recording studio, though. And this recording has a significance beyond just being a first solo project. It tells the story of this season of change and challenge, giving thanks to God for his faithfulness in the midst of the storm.

The six songs chosen for the In God Alone EP are part of the soundtrack of the past four years’ experience. We’ve learnt that when the heartbreaks and challenges of life leave you bereft and undone, all you can do is lean into God and let him be your strength and consolation.

To mark the releases of this milestone EP there are two launch concerts planned this June (and more are being arranged for the autumn). We hope you’ll come along and bring a friend…